Serving Morgantown and All of north-central West Virginia 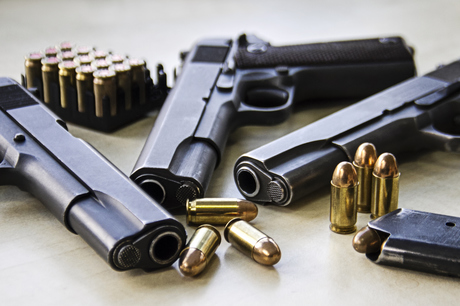 If you have been charged with a weapons crime, you face potentially severe criminal charges and penalties that may include up to ten years in a federal prison, loss of your right to own a firearm as a “prohibited person,” and additional repercussions if you have been accused of using a weapon while committing a crime. West Virginia and federal firearms laws strictly regulate who can own and operate a firearm, as well as where and how it can be used, stored, transported, and otherwise handled. Firearms laws can be confusing. Many of our clients have been charged with weapons crimes while believing that they were in full compliance with the law, while others have been illegally searched. Whiteman, Burdette & Babineau, defends clients in Fairmont, Morgantown, and throughout our north-central West Virginia service area against a wide range of weapons charges, including:

Who is Prohibited from Owning a Firearm in WV?

If you are prohibited from owning a firearm, but have been accused of having a firearm on your property, you could face criminal charges in West Virginia. It is important to know whether or not you are allowed to be in possession of a gun. The following persons are amongst those not allowed to possess firearms, even if the firearm itself is legal:

Due to the severe penalties and loss of essential freedoms associated with conviction of weapons crimes, our legal team will apply aggressive tactics to have the charges against you dropped or reduced. We understand how state and federal firearms laws are handled, and will work with you to learn the facts and specifics of your case to present the optimal defense strategy. We are strong advocates for gun rights and will aggressively defend your right to possess a firearm, as well as seek justice for you against any unfounded charges. Contact the experienced attorneys at Whiteman, Burdette & Babineau today to schedule a confidential consultation to discuss your case: (304) 367-9422.